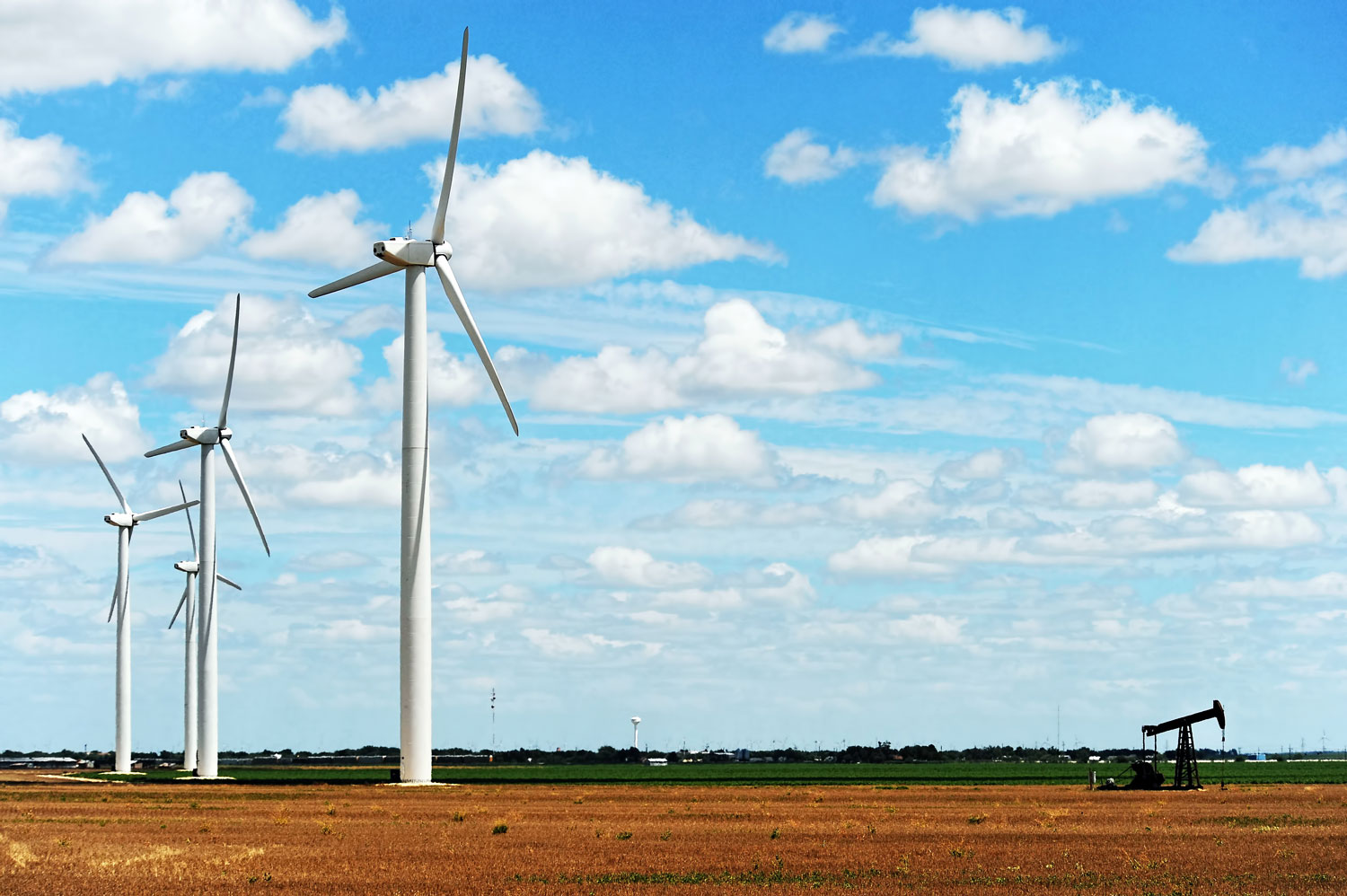 One of our sales execs was recently pitching a wind energy company and mentioned cellular out-of-band as an option. The initial thinking was that their wind fields were likely too remote for a decent signal. That sounded like a challenge to the team here at Uplogix, always looking for a problem to solve with out-of-band management.

The potential customer said that their networking gear is in concrete telcom buildings at the substations out in West Texas. Our initial thinking was that they probably just needed a better antenna solution. A directional antenna outside of the bunker-like building aimed at the nearest tower would stand a good shot of providing the cellular out-of-band connectivity needed to deploy Uplogix and save hundreds of hours of windshield time annually for network support team.

If you haven’t been on the windy plains of Texas in the last ten or so years, you might not know that there has been a boom in wind power. From Abilene to Amarillo and along the South Texas coast wind turbines turn in the near-constant breezes. In fact, with the closing of older and unprofitable coal plants in Texas and new wind power coming online, in the next few years wind power is expected to exceed coal generated electric capacity in the Lone Star State.

Back to the immediate challenge — getting a viable cell signal a substations in the Big Spring, Texas area. Before jumping in the car for a five-hour road trip in search of signal strength, we jumped on Google. It turns out that there are sites like cellreception.com that will show you cell towers by location and service provider. Using this data we then jumped into Google Earth and plotted the locations of both the towers and substations. We quickly determined the distance and bearing to the towers and even if it was possible that our antennas would have line of sight with the 200 foot-tall towers. 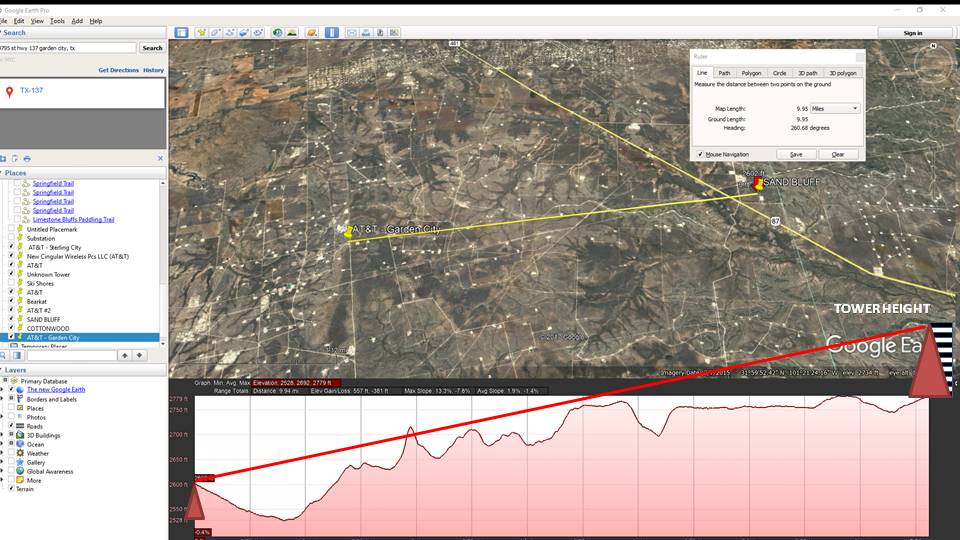 A screenshot of our Google Earth site recon on a site south of Big Spring, Texas. In just a few minutes we were able to plot the substation and primary cell tower location and generate a bearing to aim the antenna. At the bottom is the line-of-sight view between the 200 foot-tall tower and the antenna for cellular out-of-band.

From Proof of Concept to Production Roll-out

Before deploying in West Texas, we did an informal proof of concept in West Austin. It turns out cell reception on Lake Austin near an Uplogix lunch favorite, Ski Shores, is pretty weak. Using the same Google Earth technique, we plotted out the distance and directional bearing to the nearest tower and set up an antenna on a boat dock. Even with the obstructing hills between the dock down on the lake and the tower a few miles away, just using a properly positioned directional antenna made all the difference.

The day came for the initial customer deployment and things went great. With Apple Facetime sessions, Uplogix engineers guided onsite techs through the setup and provided them with the proper bearing for orienting the antenna for cellular out-of-band. By the end of the day, several of the far-flung substations were online with Uplogix and the customer was on their way to easier management of their remote infrastructure.

This also illustrates one of the key differentiators of Uplogix — we’re really good at solving network management problems. We work with our customers all of the time, often solving challenges that weren’t even part of their initial purchase criteria. Our out-of-band management platform is a flexible tool for securely accessing your gear remotely, as well as continuously monitoring it and automating the first few pages of your runbook.

And that’s just another way to save energy.