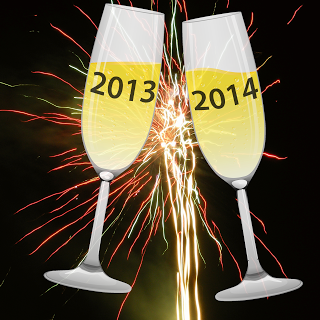 It’s that time of year – people are publishing their year-end recaps and prognostications for the year to come, office junk is being collected and wrapped for white elephant exchanges, and (some) folks are burning off vacation before the end of the calendar year.  We’ll cover each of these topics in this post. You can also check out some of the photos of Uplogix employees in action.

2013 at Uplogix started off with the announcement of the fourth generation of Local Management hardware and the release of the Uplogix 5000 and 500 Local Managers (LMs). These purpose-built devices are the most reliable and durable hardware yet.

Both feature no moving parts and have more than double the anticipated service life of most enterprise class servers. When you consider many of these devices are serving in hard to reach locations like oil platforms, forward operating bases in battle zones and lights-out data centers, our customers want to know they can rely on the hardware.

Another aspect of the new hardware is that it is all built in the United States, in fact, it’s all assembled in the home state of Uplogix – Texas. Uplogix has partnered with Creation Technologies in Plano, one of the top electronic manufacturing services companies to build the Uplogix 5000 and Uplogix 500. 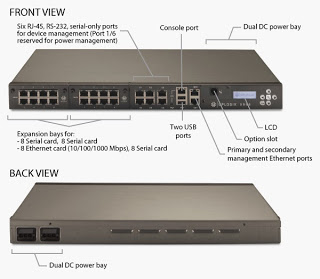 In November, Uplogix announced the release of a DC version of the Uplogix 5000. Designed for data centers, the DC Uplogix 5000 was built to accommodate the DC power that is commonly used in facilities with high power requirements.

In 2013, Uplogix more than doubled the number of new customers over 2012. These customers continue to expand on the diversity of the existing customer base with more federal agencies, satellite communications users, school districts, managed service providers, the energy industry… the list goes on.

Also exciting is that Local Management continues to expand in the United States and around the world with new customers coming online in Europe, Africa, South America, Australia and Asia. There has even been some interest from the US Antarctic Program, which would make Local Management a truly global product. Stay tuned.

Just recently an agreement was announced with Uplogix partner, CenturyLink, that could expand the use of Local Management in the federal government. Available on CenturyLink’s GSA IT Schedule 70 contract, as well as the the Networx contract, Uplogix products will be accessible to more agencies looking to increase network availability while reducing support costs through the unique combination of secure remote access and intelligent local monitoring and response.

New partnerships are taking off that should expand the awareness of Local Management, especially in some developing markets where network infrastructure reliability is critically needed.

Reading the predictions of others in the industry, the key themes look to continue to be big data, cloud and increasingly M2M as a real thing – not just talk of billions of devices in the Internet of Things, but M2M starting to have impact on people’s lives. On this last topic, at Uplogix we’re pretty interested because we’ve been M2M since before it was cool. Local Managers collecting data and taking action to automate the management of devices is not only M2M, it’s M2M Management. Look for more on this in the new year. If we have billions of devices all connecting to each other, M2M Management is going to be critical. M2M^2? We’ll see if that name catches on, but in the meantime, just remember it’s Local Management.

They are common in many workplaces, and this year, Uplogix was no different. The Uplogix exchange in the Austin headquarters featured a number of unique items, some clearly perceived as valuable, others less so. Hot items included a Bluetooth keyboard, a set of desktop speakers, and a chicken that played and danced to The Chicken Dance song. Moderately valuable gifts were a set of three margarita glasses and an Ikea light-up star decoration. Gifts not “stolen” after their unveiling included a bottle of non-alcoholic wine, a strange back-massage device, and the box of chic-flick movies chosen by Uplogix CEO, Tom Goldman. All on VHS.

Other employee events and fun in 2013 revolved around food. There is the annual Cookie Week, which some would say was tarnished this year in what can only be described as Gingersnap-gate. The tradition is strong enough to withstand the controversy. Over the summer, Waffle Day was a big hit, which was no surprise, because who doesn’t like waffles?

In an opposite direction, the Uplogix Tough Mudder team left no man behind as the intrepid group of eight braved mud, ice and electric shocks to prove they were tough and muddy. 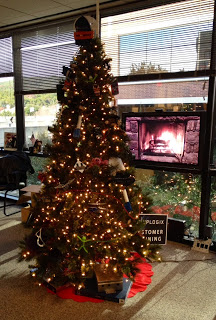 We’d like to wish all of our customers, vendors and employees a happy holiday. Our offices will be closed on December 24 & 25, and January 1, but our intrepid and highly-praised customer support will be available as always.
PrevPreviousWhat’s in the new LMS v4.7 release?
NextDon’t fight the power, manage itNext