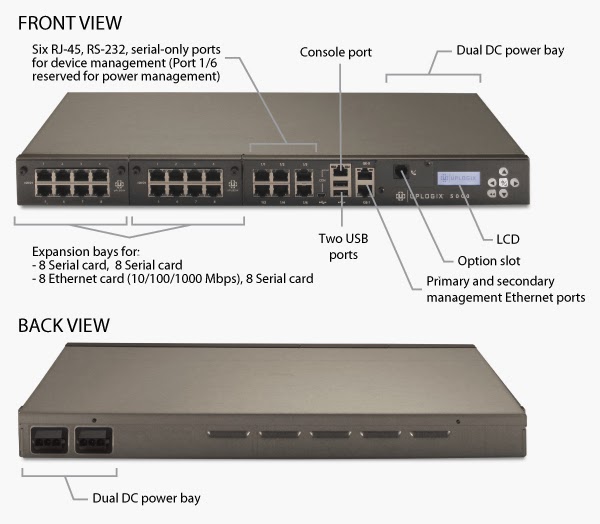 The DC-powered Uplogix 5000 Local Manager (LM) has dual 48V DC power supplies, but otherwise has the same specifications as the AC-powered version. Designed for data centers, the DC Uplogix 5000 was built to accommodate the DC power that is commonly used in facilities with high power requirements. DC systems reduce the number of times power is converted compared to AC power, increasing efficiency and lowering electricity costs.


Other software updates for both the Uplogix 500 and 5000 in the v4.7 release include a new fiber Ethernet option card and mini-USB console port support. Placed into the LM’s Option Slot, the fiber Ethernet card has a SFP interface that can be used to connect the LM to the network via multimode and single mode fiber. The mini-USB console port on the LM is enabled in v4.7 for the Windows operating system (Windows 7).

The v4.7 release also introduces a Push/Pull SFTP and SCP action for all drivers. Using the CLI, scheduler or rules engine, administrators can initiate the transfer of a file between a managed device and the Local Manager file system using SFTP/SCP.

Virtual Port capacity was increased for both 500 and 5000 platforms. Previously, the 500 allowed up to four virtual ports and the 5000 allowed up to eight virtual ports. The v4.7 release increases the maximum number on both platforms to 16 virtual ports. Virtual ports allow users to manage a device with an Uplogix LM through an IP interface instead of a console connection. While dependent on a network connection, it is useful for cases where the device does not have an available console port (or one at all), situations where the device is physically too far away for a serial connection, and when the number of devices needing management exceeds the maximum number of hardware serial interfaces on a Local Manager.

LMS v4.7 is available now on all new Local Managers and the Uplogix Control Center. For more information and customers wishing to upgrade, visit Uplogix support at uplogix.com/support.