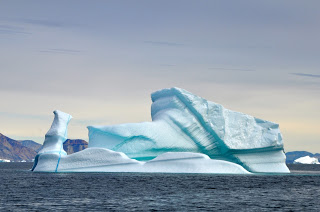 Two-thirds of IT managers recently surveyed by Cisco for the latest Connected World Technology Report said that they believe Big Data will be a strategic priority for their companies over the next five years. Nearly all of them (60%) believe it will be a worthwhile effort — agreeing that Big Data can help improve decision making and global competitiveness. With most IT managers apparently bought into the value of Big Data, one of the first hurdles of any successful project is complete. But that’s really just the tip of the iceberg.

As the foundation for the collection of data as well as the transport, storage and compilation of data, IT is expected to have a major role in Big Data’s success. Seventy-three percent of those surveyed felt that IT will drive their company’s Big Data strategy, though they’ll be sharing responsibilities with other business units including finance, R&D, operations, engineering, sales and marketing.

In addition to playing nice with other lines of business, IT is expecting to need new strategic plans to take advantage of real-time data sources like digital sensors, smart meters, video and non-traditional “smart devices.” Sixty-two percent felt that their current Big Data solutions and plans will need updating to manage these rapidly expanding data generation sources. Cisco’s estimates are that there will be more than 1.7 billion machine-to-machine (M2M) connections by 2017, an increase of over three times today’s numbers.

Another significant concern for IT managers when it comes to Big Data is security. About 25% said both the volume and variety of ways to access data is a major contributor to data security and risk management fears. Better IT policies and security measures will be needed to bring Big Data to fruition.

Ready or not, Big Data is here
Maybe it’s a bit facetious to make that statement, but in many ways, it’s all about how “Big” is defined when it comes to data. With the impending stream of data from those 1.7 billion M2M connections less than five years away, IT departments are already sailing in treacherous waters. Innovative, intriguing and valuable Big Data applications being proposed are just the tip of the iceberg, with the risky parts below the surface masking great complication, data volumes and potential security hazards.

Clever solutions will be needed across the entire Big Data environment. Smooth, secure communications between devices, networks and databases will require new standards, and infrastructure reliability will be more critical than ever. M2M networks will require machine-based network management that can automatically interrogate the billions of devices and take actions without human involvement.

If you have Big Data plans in your future, don’t panic. It’s not all future tech and science fiction, after all, at Uplogix, we’ve been working on machine management for nearly ten years. Local Management won’t be the only solution you’ll need to get to your destination, but we’ll help take care of some of the obstacles between here and there.