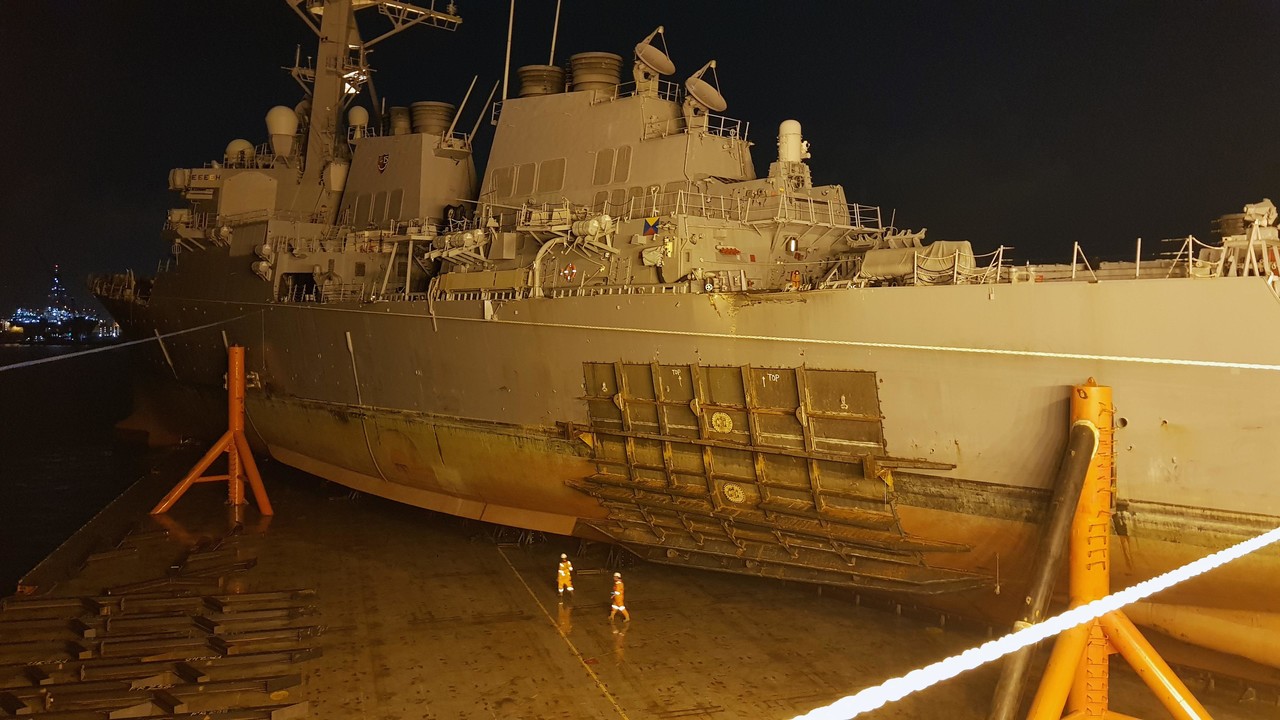 About two years ago the USS John S McCain collided with a chemical tanker in the Singapore Strait, a collision the US National Transportation Safety Board now concludes was a result of a touchscreen fat finger error on the ship’s throttles.

On the McCain, the steering and throttles were operated on the bridge by touchscreens, which offer the advantage of allowing control to be sent to different helming stations on the bridge. The disadvantage is that it was easy to shift control accidentally too. In this incident, the McCain had a perceived loss of steering and while attempting to regain control, unintentionally turned into the path of the tanker.

The NTSB concluded the perceived loss of steering was due to the unintentional transfer of steering control from one helm station to another. A fat finger mistake.

The accident was severe, with the McCain losing 10 sailors and 48 injured, as well as sustaining over $100 million dollars in damage. The tanker suffered no injuries but incurred $225,000 in damage.

As is often the case, the most unreliable part of the system was the human involvement. Fat finger errors are costly in many applications. When it comes to network outages, an estimated 60% of unplanned downtime is attributed to human error during device configuration.

With Uplogix, you can reduce unplanned downtime by providing a built-in safety net with the SurgicalRollback™ feature. It allows you to quickly recover and minimize the impact of failed configuration changes.

Surgical Rollback™ combines fine grained configuration differencing with a unique “production confirmation” based approach to changes. Any change made is followed by a prompt for confirmation by the technician initiating the change. If no confirmation is received (e.g. if the change brought down the network and the technician’s access with it), the change is precisely and automatically rolled back, avoiding a network outage.

Another benefit of getting humans out of the system is security. People are the cause of most security breaches. They skip steps trying to save time and get distracted and leave tasks undone or done incompletely introducing vulnerabilities into the network. Using a machine to manage some of the basic network management tasks means that jobs are going to happen the same way every time. Exactly like the run book says to do it.

Whether a fat finger mistake is the result of a lack of tactile feedback on a warship or fast typing and committing an error on an ACL, the common element is the human element. You can design systems to 1) avoid the mistake, or 2) recover quickly.