The end or the beginning? IT predictions for 2013 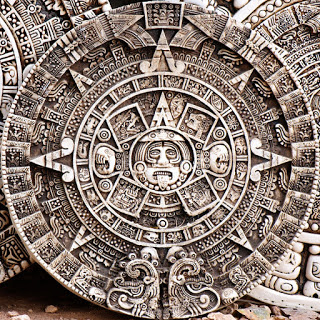 Assuming the world doesn’t end with the ancient Mayan calendar on Friday, December 21, 2012, this is the time of year when many people start looking toward the next year and making predictions for the future. Here are a few forward-thinking topics combed from various sources relating to IT issues in some of the key markets that Uplogix serves: Energy, Finance, and Federal.

Aging control systems in the US power grid and water plants
In October, U.S. defense secretary Leon Panetta warned that successful attacks had been made on computer control systems of American electrical and water plants and transportation systems. While he didn’t give much in the way of details on the attacks, he said they demonstrated that these facilities could be targets for foreign nations or extremist groups trying to derail trains or shut down power grids. 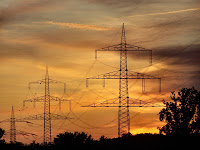 The utilities industry has long been accused of not investing in security and continuing to use software and hardware that has always worked, but may now be vulnerable as they have driven to make these sites more accessible and networked from remote locations.

Uplogix brings several solutions to some of the issues impacting critical utilities infrastructure. By locally monitoring both SCADA devices like RTUs and traditional IP devices like routers and switches, Uplogix can respond automatically to device issues, fixing common problems within minutes without IT personnel involvement.
If the situation requires human involvement, Uplogix local management
integrates secure access to remote sites for a fast, easy connection to
remote devices for technicians even when the network is down.

In 2013, as compliance standards such as the FERC (Federal Energy Regulatory Commission) Electric Reliability standards are expanded, Uplogix can help maintain a complete audit trail of all changes made to the IT infrastructure as well as real-time detection and remediation of compliance breaches.

Mobile applications, cloud and digital footprints key for financial industry in 2013
When consulting firm Frost & Sullivan released their four big 2013 predictions for financial services earlier this week, the focus was on customer interaction. From an increasing number of mobile services for consumers to managing interactions between consumers and institutions through social media, the task is collecting lots of data, analyzing it and storing it in the Cloud.

From an Uplogix perspective, we’ll continue to securely operate in the data centers some of the largest financial institutions and help fast-growing regional banks integrate their network management of branch offices during acquisitions. For the Cloud, we expect to see more use of Local Management in the infrastructure that powers cloud computing.

We provide a cost-effective way to meet the pervasive higher service levels that are required for networks in the Cloud world. Local Management reduces the likelihood of problems occurring and to achieve big decreases in Mean-Time-To-Recovery (MTTR) when issues do occur.

Changes in Federal IT?
Many predictions for federal IT on the civilian site parallel those for the financial industry — more use of the cloud, mobile computing and harnessing big data to work smarter. On the defense side of the federal IT equation, the Pentagon is planning to cut $487 billion in spending over the next decade — with or without the fiscal cliff.

Budget cuts lead to more focus on efficiency. For managing the multiple layers of secure networks in all branches of the military, Uplogix automation ensures problems are spotted faster and often solved before traditional management systems could even generate a trouble ticket.

The integration that Uplogix provides for network infrastructure extends to securing access to devices. Utilizing existing TACACS+, RADIUS, LDAP, PKI, or RSA solutions, Uplogix can broker access to all devices (both console and IP) through the security solution of your choice. This functionality is available both in- and out-of-band.

Look for local management to grow in 2013
Of course, here in Austin, we’re planning on surviving the end of the world and are busy booking new customer appointments, proof-of-concepts, and deployments well into 2013. If you haven’t taken your network management local with Uplogix yet, we predict that you’ll have a happier and more productive new year if you do.