Being right there: Uplogix phones home 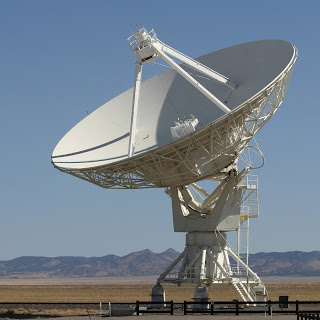 Thirty years ago, a wrinkly alien named ET showed how important the idea of phoning home can be as he went through great effort to phone home to report his status. Luckily with Uplogix you won’t have to build an antenna out of an umbrella and aluminum foil. No need for a Speak & Spell either — we’ll do the dialing for you.

A key component of the Uplogix Local Management Platform is out-of-band (OOB) connectivity. While the Uplogix Local Manager (LM) can operate autonomously when the network is down and communicate with managed devices over a console connection, OOB ensures that centralized dashboard tools can continue to receive information on remote devices as well as provide technicians with secure remote access to gear.

When the network is functioning properly, Uplogix LMs use an Ethernet-based connection to connect and transmit data to the Uplogix Control Center through the in-band network (also referred to as the primary network connection). However, when the primary network connection is lost, the Uplogix LM immediately establishes remote connectivity using a dial-up modem, cellular network, or satellite communications.

By providing persistent connectivity to the devices you need to manage, Uplogix enables you to:

Phone Home
When the Uplogix Local Manager detects a network outage it will initiate an OOB connection in order to create an alternative path back to the NOC. A variety of technologies can be used to create the OOB connections including analog phone lines, cellular, DSL or alternate networks, and satellites.

The OOB connection allows the LM to resume communication with the Uplogix Control Center as well as other network monitoring tools.

Users will be alerted when the OOB connection is initiated and the UCC will display the LM’s new IP address. Users can connect to the OOB LM via SSH and will be authenticated as if the user were connecting via the in-band network.

If normal AAA passwords are not cached, the administrator will need to define a user and password in the UCC that will exist in case AAA servers are not reachable. Once the administrator logs out of the LM, the encrypted connection between the user’s workstation and the LM is torn down.

Satellite-based OOB Connectivity
We haven’t even touched on satellite options here, but many Uplogix customers use their Local Managers in networks that are quite off the beaten path. Maybe they are at sea, or on the battlefield where POTS lines are non-existent and cellular coverage is intermittent at best. For these deployments, satellite connections over Iridium or Inmarsat provide the same secure connections and two-way access. For more information, see the Uplogix website or this previous blog post.