Putting remote automation to the test 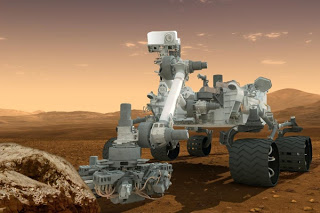 This week NASA provided a great example of automation with successful arrival of the Curiosity rover on Mars after months of spaceflight and a multi-stage landing process referred to as “seven minutes of terror.”

As a company that has developed a unique solution for network automation, it’s easy to draw a few comparisons (as well as some significant differences) between the new Mars Science Laboratory and Local Management from Uplogix.

Observing remotely just doesn’t cut it, you have to be local.

In the centuries since Galileo Galilei trained his primitive telescope on the night skies to describe Mars as a “spherical body illuminated by the sun,” the US and other countries have trained increasingly powerful telescopes and sent numerous satellites to observe Mars. But there are limits to what you can see from afar – clouds obscure vision, dust blowing on the surface changes features, and increasing the level of detail you can observe (bigger telescopes, more instruments) comes with increasing costs.

If you put the lab on the surface in a rover, it can engage in observations nearly full-time. Instead of space-based spectroscopy, the rover can collect and analyze samples directly. And the more capable the rover, the more science you can do with it.

With network management, the traditional methods have involved polling network devices from a remote location. Of course, it’s usually less than the 225 million miles (on average) between Earth and Mars, but the key is less the where, and more the how. Relying on the network to monitor network devices is like the fox guarding the hen house. Local management deploys onsite, connecting directly to network infrastructure gear, ensuring directly sampling of information.

Deploying a device with built-in intelligence, memory and a powerful rules engine ensures that you can do more with your automation.

Even when automation is the answer,  sometimes it’s hard to let go

The landing on Mars was an incredibly complicated set of maneuvers that required six vehicle configurations, 76 pyrotechnic devices, the largest supersonic parachute ever built, more than 500,000 lines of code, and a final sequence that was dubbed “seven minutes of terror” by NASA.

The precision required plus the radio signal delay between Mars and Earth made it impossible for a human to remotely pilot the craft to a landing — the entire process had to be automated. Various new technologies invented for this mission all had to perform flawlessly. And they did.

With Uplogix, our automation is basically the same. Alright, it’s not apples to apples, but Local Management can take the human involvement out of many routine Level 1 functions. This frees up that skilled technician to innovate or deal with muddier tasks that do require human intervention.

Plus, local management can help you limit unplanned downtime with Surgical Rollback. Say you are working on a device and accidentally push a change that cuts you off from the device. The Local Manager will ask if you to confirm the changes, and upon your lack of response, will roll back the device to it’s previous working configuration, reestablishing your connection to the device. Instead of minutes of terror, you can use those moments during the roll back to get some coffee. Or watch a video from NASA.

But I need proof that the automation is working

Due to the planned proximity of the Mars Odyssey orbiter, NASA was able to relay status information on the automated landing and a rover heartbeat in real time back to the control center at the Jet Propulsion Lab in Pasadena. 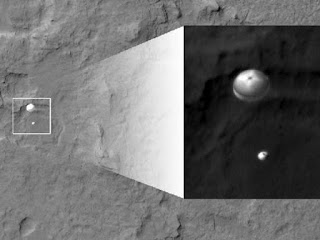 The Mars Reconnaissance Orbiter pointed its camera at a position where the rover was mathematically calculated to be passing through in its parachute stage and took a photograph of the event.

On landing, the rover was programmed to take a few pictures and transmit them before losing the relay when Odyssey went over the horizon. The initial thumbnail image was all NASA engineers needed to confirm their success and begin the celebration.

The automation was working, and everyone could see it.

With local management there are a number of ways that you know the automation is working.

Service Level Verification measures network properties from the user’s perspective in the network. By polling network gear for status information, or by actually conducting synthetic transactions like voice calls and HTTP-gets between Uplogix Local Managers or the web, we can grade quality on a host of metrics. With this information, automated actions can be taken including notifications back to the Uplogix Control Center.

Like the multiple orbiters staged to catch signals from Curiosity and relay them back to mission control, a key component of local management is out-of-band capability. This ensures you’ll always know what’s going on, as well as have access to remote gear using POTS lines, cell modems, secondary networks, or even (like Curiosity!) satellite connections.

The automation is working, and everyone can see it.

Automation is a requirement these days whether you’re landing on another planet, or just trying to ensure that your network is bold enough to take your company where no one has gone before.

One last comparison — the Curiosity program is designed to drive on Mars conducting scientific analysis for about two years at a cost of about $2.5 billion. But you can deploy Uplogix Local Management a little closer to home, for just about the cost of a nice laptop. See how today.