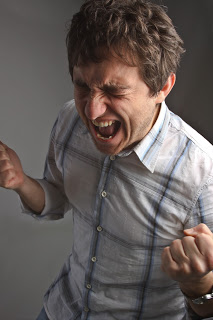 A recent two-part article in Network World gave a clear analysis of the basic networking and economic drivers of WAN service history over the last 30 years up to the present day where many enterprises continue to pay much more for MPLS connections than cheaper broadband options.

It’s about reliability, but more so what’s behind the guarantee of reliability when it comes to site-to-site intranet WAN.

“The primary reason that enterprises have not switched to primary use of the Internet for their site-to-site intranet WAN is that unaided it is simply not reliable enough. The popular perception that the Internet: “works pretty well most of the time” is reasonably accurate. The problem with this is that “works pretty well” is not good enough for most enterprise WAN managers, and “most of the time” is not good enough for almost any.”

The article states that generally Internet connections are about “two nines” or 99% reliable, which includes both availability and also whether packets sent are delivered successfully without being lost or excessively delayed. Over the span of a year, that 99% equals 3.6 days a year where that connectivity is poor or nonexistent. Moving from two to four nines lowers outage time to 45 minutes a year on average.

The Internet is, by design, a network of networks. As such, no one guarantees end-to-end connectivity across the internet. But problems with packet delivery across the internet are almost never at the Internet core. “The core, in fact, is four nines reliable, and given the increasing importance of Internet commerce, as well as the significant number of Internet providers and competitors, there is little reason to think that this will change. Internet quality problems, then, usually result from either last-mile link connectivity or else at the peering points, which are the places where Internet Service Providers (ISPs) connect with each other.”

It’s the peering points connecting different ISPs’ networks together that are a significant source of packet loss and delay. Providers engineer their internal networks for high nines — their “on-net” performance. But the handing off of packets between two or more ISPs before reaching their destination, or “off-net” performance, isn’t part of any incentive for providing four nines performance. They just can’t guarantee what happens after the hand off. And the cost of providing four nines versus two nines at all peering points is an order of magnitude higher. These are the economics that are helping ensure high MPLS bandwidth costs.

What’s the tie-in to Uplogix?
Well, we can’t do much for the ensuring that your provider hits all the nines you expect when it comes to your outside connections (unless, that is, they too are using Uplogix to manage their infrastructure!), but we can definitely help you manage your WAN across multiple sites.

With Uplogix deployed in your network, we can do point-to-point service level verification testing. An Uplogix Local Manager sits on your network, just like a user’s phone or desktop. We can make synthetic calls and transactions that will be graded and scored to help you get the same performance picture as your users.

Read more about performance and availability management on the Uplogix website.