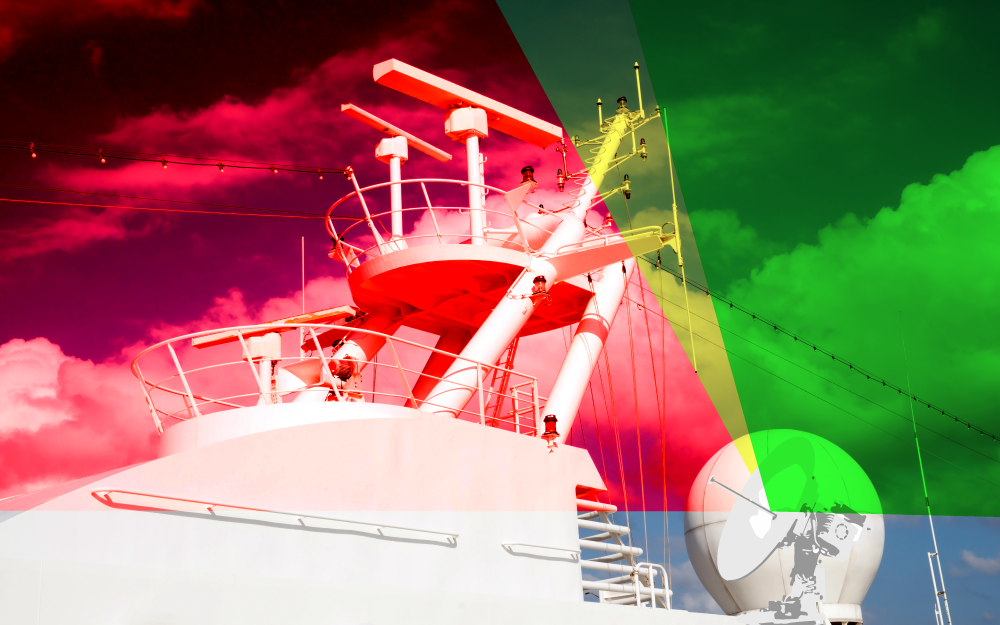 The design of the Uplogix out-of-band platform gives it some highly flexible capabilities. Today’s example is recovering a satellite antenna in a blockage zone on a vessel at sea. Granted not everyone has this problem, but the functionality used to solve it can be applied to other areas of network management also.

In any deployment, Uplogix connects to managed devices over the console port for frequent, network-independent monitoring. Information is gathered and parsed locally using the rules engine to determine issues and trends over time that trigger automated responses. Onboard storage holds numerous versions of configurations and OS files for each managed device. The integrated out-of-band link, which could be a POTS line, cell modem, secondary Ethernet, fiber line, or even a satellite link, can be spun up as needed for two-way communication.

Satellite antennas on ships, drilling platforms and other vessels are mounted as high as possible with a clear view of the sky. However, it’s not always possible to get unobstructed line of sight between the stabilized antenna and an orbiting satellite, perhaps because of a smoke stack or a derrick. This is called a blockage zone.

For satellite service providers operating remotely from the vessel, blockage zones can be a major headache. If the satellite signal is interrupted, remote monitoring stops, and onboard service goes down. Often angry help desk calls are made over satellite phones and providers begin the troubleshooting process from Step 1. 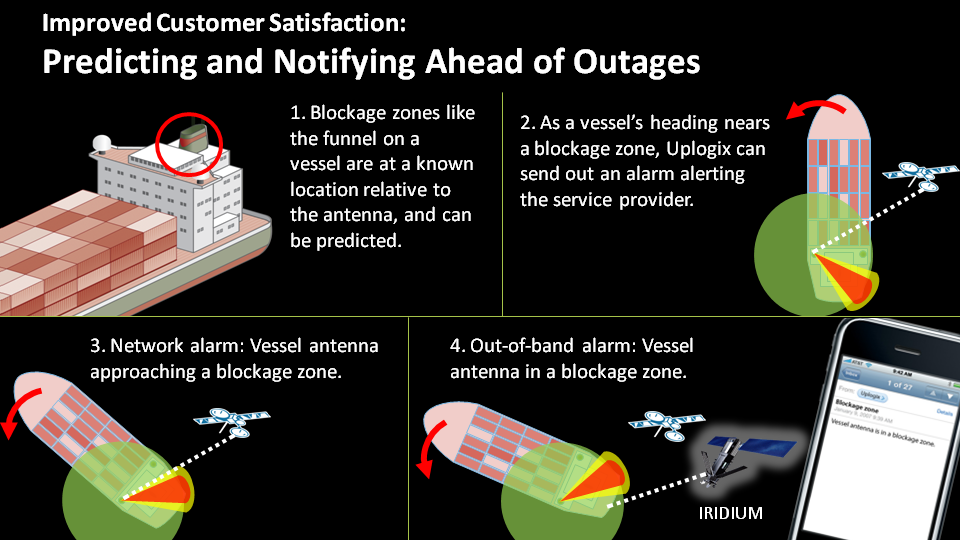 With Uplogix in the mix, known blockage zones can be input into the rules engine. Drawing data from GPS units in the antenna through the antenna controller, Uplogix monitors the vessel’s heading on a continuous basis. Combined with other data like if the antenna is currently transmitting, Uplogix can send out an alarm to the service provider over the primary network if the vessel is approaching a blockage zone.

Again, we’re not all driving satellite antennas to keep our network up and running, but what kind of intelligent decisions could Uplogix be making for managing your network?