How BYOD Can Benefit IT Departments 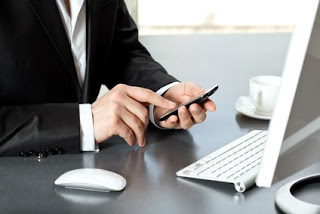 Bringing your own device to work is increasingly becoming not just an option, but a requirement. Gartner predicts by 2016, 38 percent of companies will no longer supply devices to workers, and by 2017, half of employers will expect employees to bring their own equipment.

IT departments, however, have been slower to adopt BYOD due to concerns over security and other issues, with a Robert Half survey finding only one third of CIOs allowed employees to bring their own devices as of last May. However, that number is rising, as BYOD momentum grows and mobile vendors take steps to address enterprise security concerns with innovations such as LG Gate, which insulates business applications from personal activity by running two operating systems on a single device. As the security objections to BYOD are answered, IT departments stand to gain from looking more closely at the benefits of letting employees bring their own devices.

EMC Corporation Chief Security Office Dave Martin says he’s learned through experience trying to block BYOD outright is an ineffective and counterproductive policy. Martin says when companies prohibit BYOD, what happens is employees begin using their own devices covertly, making it harder to monitor risks and take preventive measures. For instance, if a mobile phone vishing attack compromised an employee’s unmonitored device, their employer might never know it happened, leaving the gate open for follow-up attacks on the network.

On the other hand, Martin adds, companies that lack any BYOD policies leave themselves open to data loss. A better balance between these two extremes is a transparent approach, where employers communicate policies to employees and cooperate to ensure good security procedures are followed and breaches can be monitored.

Cutting costs gives IT departments another potential reason to adopt BYOD. Cisco’s Internet Business Solutions Group has estimated American businesses can save up to $3,150 per worker annually by allowing employees to use their own mobile devices. These gains stem from decreased company expenditures on devices, as well as increased worker productivity.
In a comprehensive cost-benefit analysis, these gains need to be weighed against potential cost increases from the added demands BYOD places on telecommunications bills, security, networking, development, and technical support. Cisco’s analysis factored some of these elements in, but BYOD cost benefits will vary from one enterprise to another. Each company should do its own analysis to gain an objective foundation for evaluation.

Cisco also found BYOD adoption translated into 81 minutes per week of increased productivity among U.S. employees, and an average of 37 minutes weekly among all countries surveyed. IBM suggests these productivity gains stem from factors such as technical proficiency with familiar devices, and a tendency for personal devices to be maintained closer to the cutting edge of current technology.

In order to see such productivity benefits, it is vital for companies to develop policies and follow best practices for effective BYOD usage. These include using notification systems for effective time management; segregating company email and social media accounts from personal accounts so extracurricular conversations do not eat into work time; and setting up effective cloud-based collaboration systems for project management and file sharing. Disaster recovery policies can further help ensure minimal productivity is lost in the event of a network breach.

For IT teams, BYOD brings other potential benefits beyond cost cutting and productivity gains. With Web design shifting to a mobile-oriented, responsive paradigm, it has become imperative for developers and designers to work with mobile users in mind. BYOD facilitates this by putting IT teams into the mobile UX environment. This makes it easier for developers to think from the user’s perspective, identify usability problems, and troubleshoot solutions. Similarly, it helps designers experience the look and feel of a site from a mobile user’s perspective.

Another advantage BYOD offers is supporting cross-platform development, one of the biggest challenges facing developers today. Cross-platform development is, in a sense, the flip side of BYOD, seeking to serve the universal user regardless of the individual device. While trying to support a multiplicity of devices creates a challenge of cross-platform development, BYOD simultaneously helps promote the solution by letting Web and content developers access apps beyond those supported by a single device and operating system. This can reduce the time and considerable expense that would be required to develop native apps, enabling developers to more quickly and cost-efficiently design solutions to serve a wide range of platforms and devices.