Does your data center have “green fatigue?” 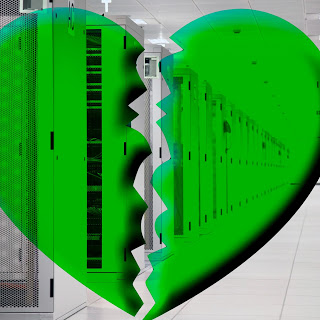 A recent survey by the Uptime Institute indicates that fatigue is beginning to hit some data centers when it comes to the quest for greener and greener operations. In the most recent survey, only half of North American respondents considered energy efficiency to be very important to their companies. This continued a two-year trend, as that number has dropped from 58% in 2011 to 52% in 2012.

The decline in interest was most evident at smaller data centers. The conclusion, said Matt Stansberry of the Uptime Institute, is that these smaller operations tend to have fewer engineers and less money to spend on energy efficiency projects. These projects, like raising server inlet temps and installing variable speed fans are viewed as potentially risky. Just not something you want to do unless you have a big enough stuff staff to devote to things outside of regular operations.

The report goes on to say that it’s probably not that interest in energy efficiency is down, it’s that respondents might just be sick of hearing about it. The news on innovations in the field is generally about advancements at big companies with lots of people and money to throw at these problems, which might frustrate the people at smaller shops that are stuck with older hardware and limited options for innovation.

What about applying a little Local Management to this situation? Our story for managing data center infrastructure is pretty much the same as what we do in branch office situations for routers, switches and other networking devices. Even though physical distances in a data center might not be as great as a network of remote offices, sometimes security controls can make devices in a locked-up cage just as difficult to access directly.

One of the challenges of saving power by simply turning off machines not currently needed is that when you take a server down, it doesn’t always come back up. Often it’s just easier to leave things running than check on devices all the time. Uplogix can help here, and it won’t take a squad of Google or Amazon data center engineers to implement.

Some of the key local management functionality for servers includes:

Rules can be created to issue shutdown and startup commands based on a variety of factors. The key is that with its persistent monitoring and access capabilities, a Local Manager is not only watching what’s going on, but can follow your run book procedures to recover from issues. Automatically.
For cases when Uplogix can’t recover a device, administrators can get the same access from the NOC as they would have out on the data center floor.

Save your energy, and save energy at the same time

So, it might not be as flashy as converting your data center cooling to tide-powered sea water, or running the entire operation on geothermal energy sources, but this is a solution that won’t take millions of dollars and hundreds of people to implement.
Think about Uplogix for your data center today, and read Uplogix for Servers, for more information.
PrevPreviousMTBF and MTTR are important, but so is MTTI
NextEthernet hits 40Next