A valid and active SIM card is required for access to the Iridium satellite network. Contact your Service Provider if you do not have a SIM card.

Uplogix 500/5000 models have modem option slots on the front of the chassis and must have an RS-232 module installed.

Verify that the following items are included:

The connection between the ADU and BDU will require:

These cables can be run as a bundle between the mounting locations of the ADU and BDU.

It is strongly recommended that each wire be properly marked for Iridium, GPS, power positive, and power negative. Incorrect Iridium/GPS wiring will prevent the unit from operating. Incorrect power wiring may damage the system.

The connection between the BDU and Uplogix appliance will require:

Prepare the Above Deck Unit (ADU) 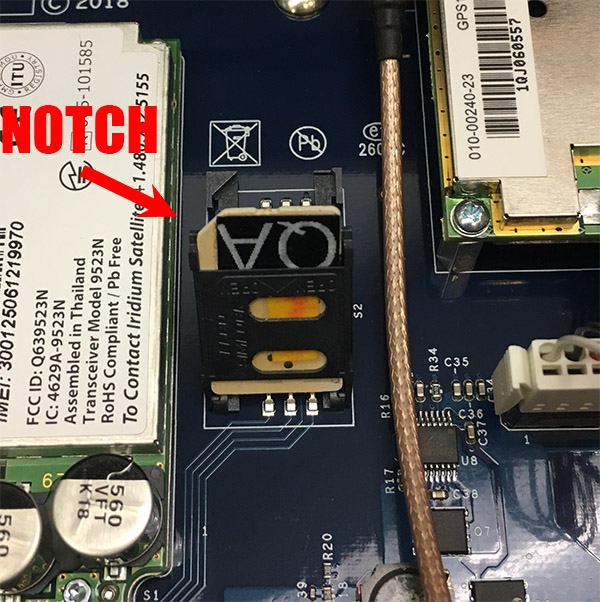 If you will be using the included ADU Mounting Kit, attach the mounting brackets to the ADU now. The kit contains two U-bolts and a packet of mounting screws.

When closing the lid of the ADU, take care not to disturb the gasket that fits between the lid and the body of the chassis.

Install the Above Deck Unit (ADU)

1. Mount the ADU at the desired location

The ADU should be mounted within reach of the previously run cables. Other requirements:

2. Wire the ADU for power

Turn latch counterclockwise on the ADU and open the lid.

Insert the power cable through the far-right gland and route the wire to the power connector in the lower right-hand corner of the ADU. You will need a small screwdriver to connect the wires to the power module. Be sure the (+) positive is attached to pin 1 (far left side). 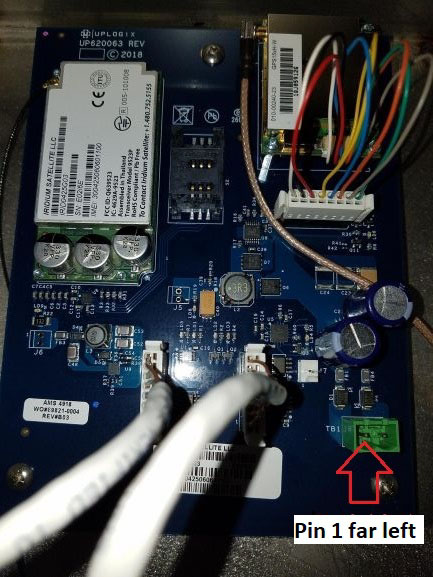 RJ-45: Dress each cable (if needed) for standard straight-through configuration. Standard RJ-45 cables can be pushed through the weather-tight glands and screwed into the appropriate RJ-45 socket on the chassis (RS422 to the left and GPS to the right).

The ADU can be closed at this time and locked by turning the latch clockwise until it stops.

When closing the lid of the ADU, take care not to disturb the gasket that fits between the lid and the body of the chassis.

Install the Below Deck Unit (BDU)

NOTE: The BDU cannot be installed in an Uplogix 5000 expansion bay.

The left side of the BDU (marked RS232) connects to the Uplogix appliance.

The right side of the BDU (marked RS422) connects to the Above Deck Unit (ADU).

1. Connect BDU to the ADU

Observe correct polarity when wiring power from the BDU to ADU. Incorrect wiring may cause severe damage to the ADU.

Use the ADU to BDU Communications cable to connect the Local RS-232 ports of the BDU to the Uplogix appliance.

Use the included power supply and power cord to connect the BDU’s 24VDC power port to an electrical outlet. If power is configured correctly, the activity and traffic LEDs on the BDU will light up.