For certain secure locations, it may be necessary to remove the Uplogix 3200's hard drive before sending the Local Manager back as part of an RMA. This article describes how to remove the hard drive from the chassis. The drive can then be destroyed; it does not need to be returned to Uplogix.

Remove the two cover screws from the back of the 3200. Be careful not to strip the screws when removing and replacing.

The top of the hard drive has 7 screws, but only 3 attach the drive to the chassis. The mounting screws are circled in red in the picture below. Remove the screws and pull the hard disk from the chassis. The other 4 screws will be removed later in the process. 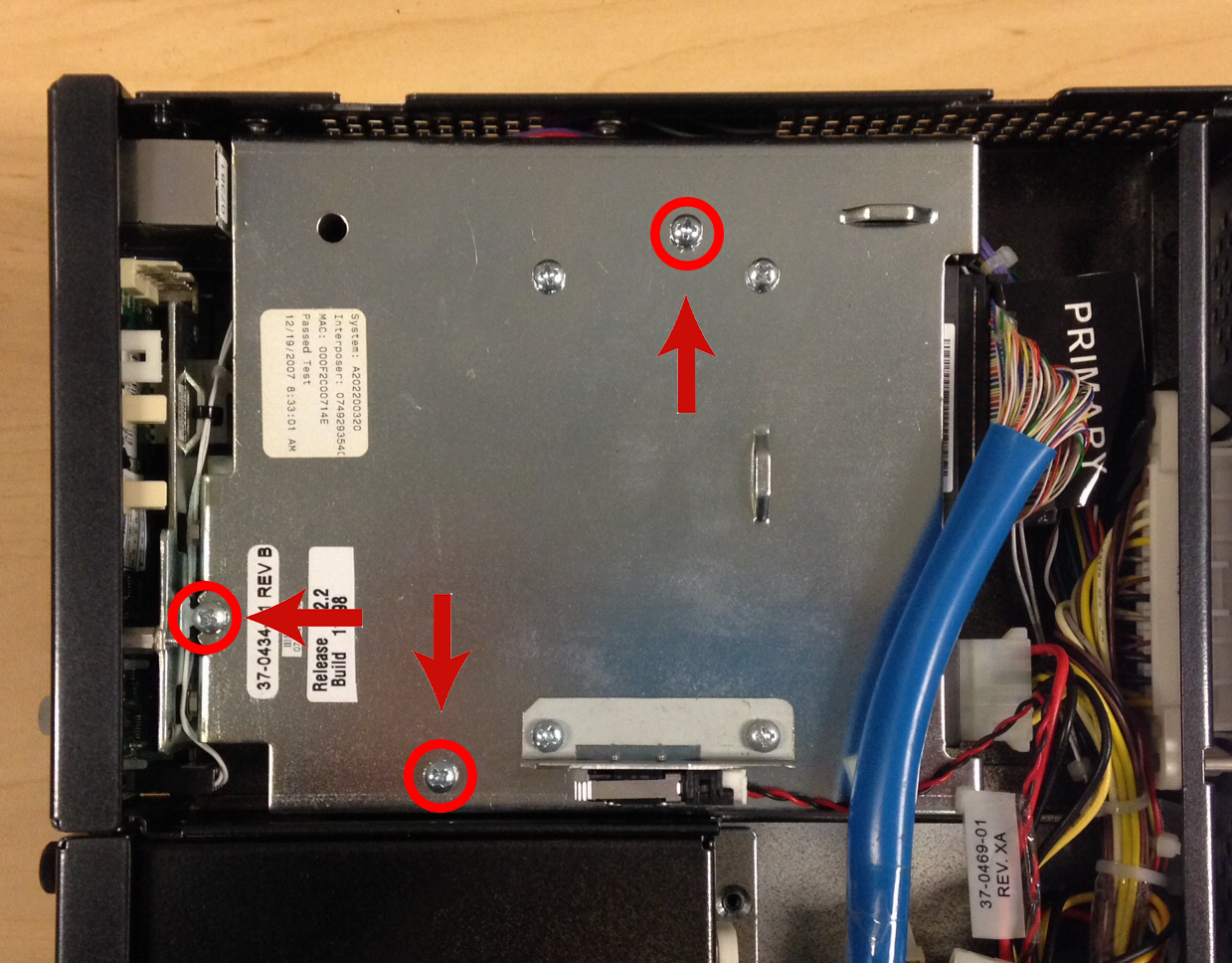 There are two cable harnesses connected to the back of the hard drive. Lift the drive out of the chassis and disconnect both the power and ribbon cables from the back. Note: Some models of 3200s have a chassis intrusion connector on the mounting bracket. This can be removed via the 2 screws seen in figure 4. 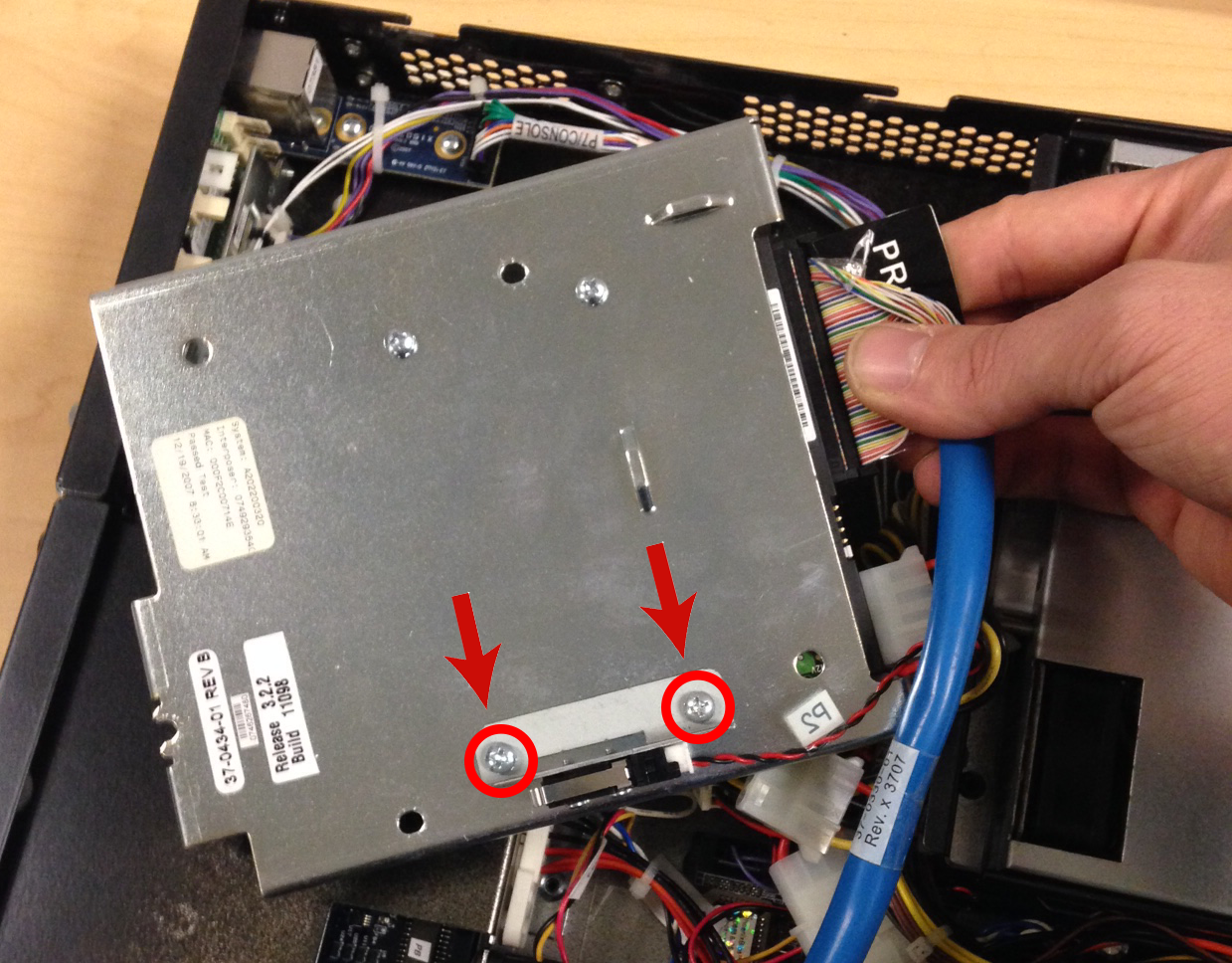 Figure 4: Disconnecting the cables from back of drive with chassis intrusion connector. 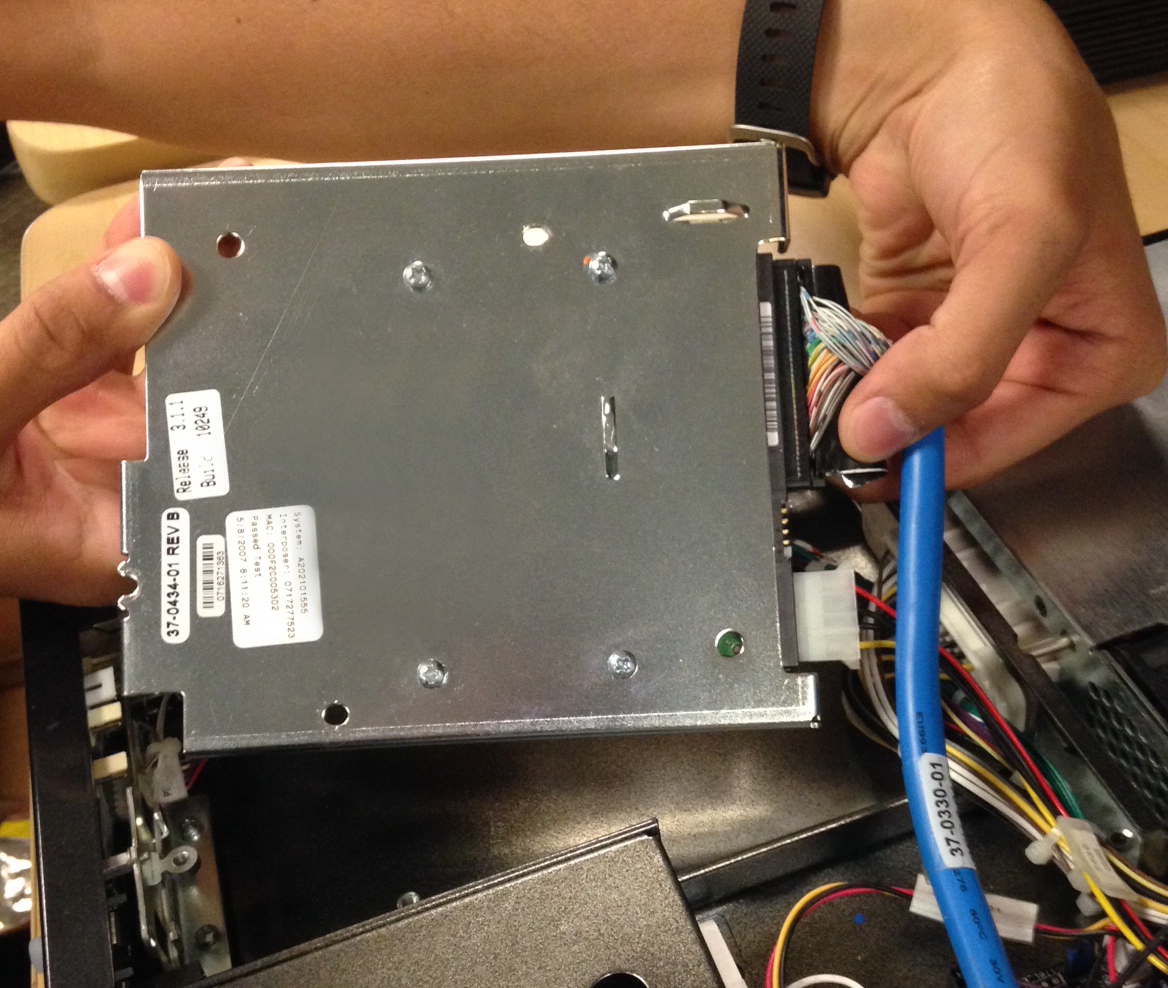 Figure 5: Disconnecting the cables from back of drive without chassis intrusion connector.

Remove the last 4 screws from the top of the hard drive mounting assembly. Place the mounting bracket inside the box with the chassis (but not in the chassis). 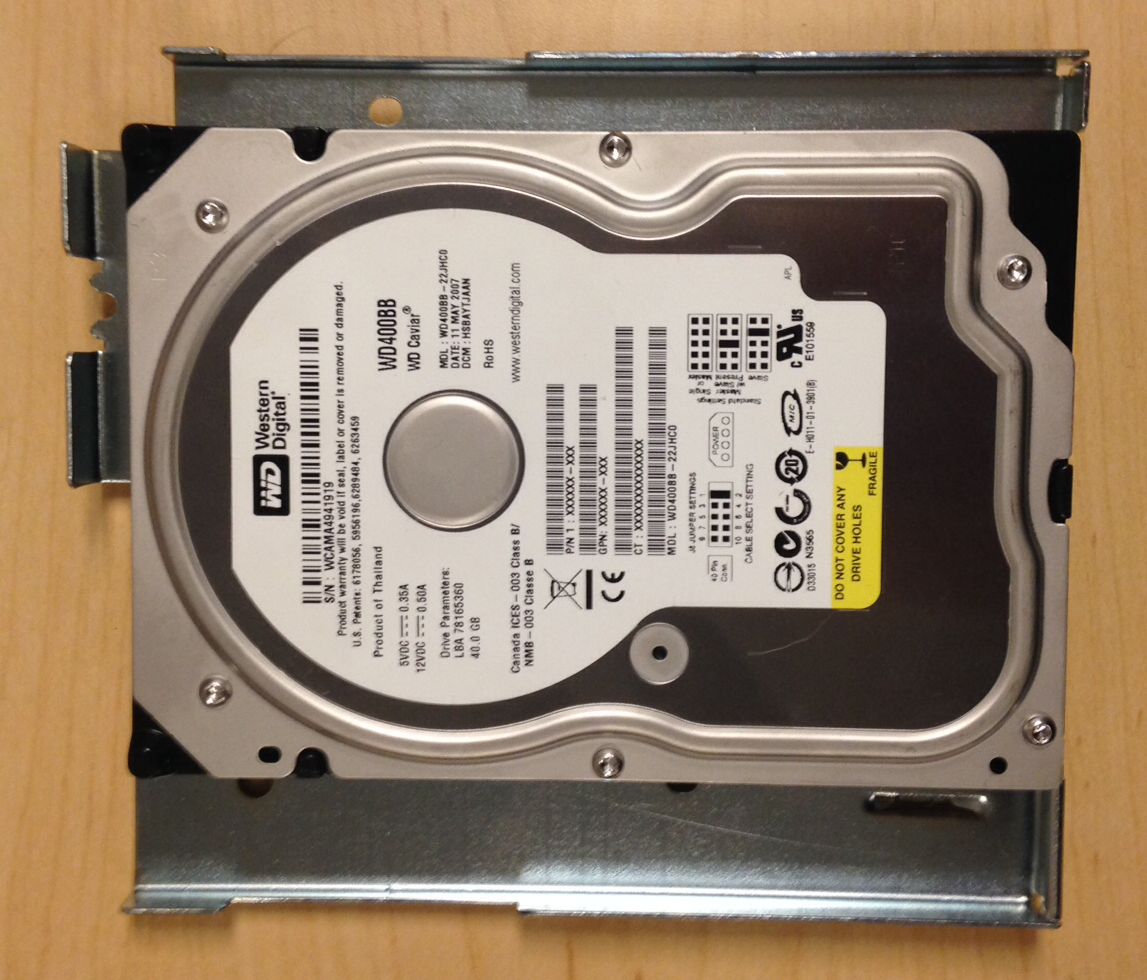